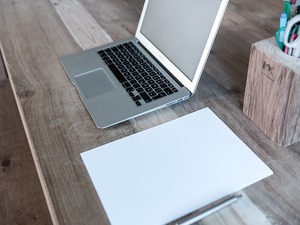 A number of big, exciting developments were announced at Apple’s recent worldwide developer’s conference, and from the sound of it, there are a number of really exciting changes coming that will give the Apple community plenty to look forward to. Below, we’ll outline the biggest and best of the announcements.

iOS 10
The developer beta is already available, with development ongoing, and the public beta is scheduled to be released in July. The new OS is slated to feature upgrades that will touch just about every major Apple system, including Maps, Siri, Photos, and iMessages, as well as including a new Home App that will allow you to control all of your HomeKit devices from a single console.

macOS Sierra
In tandem with the release of iOS10 comes the next generation of the Mac OS, which will include many of the same upgrades and features you’ll see in iOS10, plus a few extras you’re sure to love, like better integration of Siri and Apple Pay, and picture-in-picture features similar to what you currently enjoy on your iPad.

WatchOS3
The biggest limitation of the current Apple Watch is speed. Simply put, it’s not very fast. The new OS upgrade seeks to address this by including things like an instant app launcher and background refresh, as well as adding a host of new features and a variety of new apps designed to make the Apple Watch more fun, accessible, and interactive.

tvOS 10
Not to be left out of the pack, tvOS is getting a big upgrade, with the most significant feature-add being the inclusion of a single sign-in, allowing you to enter your cable subscription information once, and having it auto replicate across all apps, rather than having to manually enter it for each app you’re running.

In addition to OS-related news, there were also a number of smaller announcement, the most noteworthy of which is the fact that Siri is about to be opened up to third-party apps, which will increase her functionality enormously. If you are an Apple user, there is a lot to look forward to!