Data Breach Costs Up 30 Percent, Is Your Business Secure? 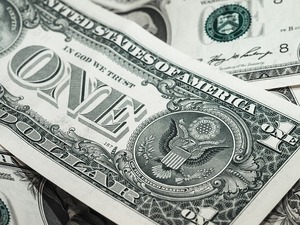 The annual “Cost of a Data Breach” study has been released, and the results aren’t pretty or encouraging. Between 2013 and now, the total cost to a company hit by a data breach is a staggering $4 million, which is a nearly 30% increase over the last three years. Worse, between 2014 and 2015, we saw a 64% increase in reported security incidents. On average, companies can expect to see $158 in damages per compromised record, though in highly regulated industries such as health care, this can be as high as $355 per compromised record. In other words, the costs escalate very quickly, no matter what business you’re in.

There’s not really a silver lining to be found in the report, but there is some good news. If your company has a rapid response team in place, then you’ll see a significant reduction in the impact to your bottom line. Companies with such a response team at the ready saw an average $400,000 reduction in the cost of data breaches compared to those that did not have such a team in place. Further, companies that had BCM (Business Continuity Management) processes in place were in a position to discover data breaches an average of 52 days earlier, and contain them more than a month (36 days) faster than companies without such policies.

While there’s nothing you can do to absolutely prevent a breach, it’s clear that having preventive measures, state of the art digital security and Business Continuity processes in place are all key pieces of the puzzle that allow you to respond more quickly, more efficiently, and more effectively when a breach occurs. Doing so will save you a significant amount of money.

If you don’t have any of the above in place, and are interested in helping prepare your company to better weather the storms caused by a data breach, contact us today, and one of our knowledgeable team members can assess the current state of your security, and your cybercrime preparedness.