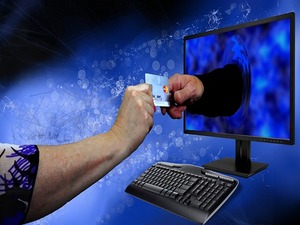 Dropbox is no stranger to hacking attacks, and in recent months, they’ve been made a target once again. In this instance, hackers have launched a phishing campaign aimed at Dropbox users. They send out poisoned emails that, by all outward appearances, look like invoices.

The note that accompanies the link to the “invoice” says that it’s for translation work completed, and if a user clicks on the link, it gives the hacker access to their Dropbox files and folders.

This year, security researchers from all over the web are reporting that the instances of phishing attacks are up several hundred percent this year. It seems to have become the hacking community’s preferred method for trying to fool users into clicking links that will either install malware, or in some way give hackers access to their computers or selected files on them.

The immense upsurge in phishing attacks only serves to highlight the importance of email security and proper education where your employees are concerned. The most common means by which hackers gain access to corporate networks are lapses in judgement by employees. All it takes is a single moment of carelessness, one thoughtless click on an email from an unknown or untrusted source, and your network could be infected and at risk.

Recent industry surveys indicate that more than half (51%) of IT execs have experienced and dealt with between one and five phishing and/or ransomware incidents over the past twelve months. Almost a quarter have had to deal with six or more.

According to the best available statistics, there are more than four thousand ransomware attacks occurring each and every day, which is more than triple the number that occurred in 2015.

All of this further exhibits the importance of proper employee training as a vital component of your overall digital security plan. If you’re not sure your current digital security is as good as it could be, give us a call today and one of our knowledgeable team members will be happy to speak with you about it.