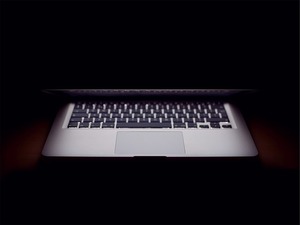 Last month, a devastating security flaw was found in iOS. The flaw that was discovered was a chained trio of zero day exploits that, if executed in the proper order, would allow a hacker to take total control over your iPhone. They would literally have unfettered access.

Apple was quick to issue a patch for the iPhone’s operating system, so as long as you’ve updated, you should be protected from this latest threat. Unfortunately, the same trio of zero day exploits that could be used to commandeer your iPhone has also been found to exist on the company’s desktop OS. Apple has just released another patch, this one aimed at its desktop ecosystem.

The patch fixes all the same issues that were addressed in the earlier, handheld device patch, and if you use a Mac desktop or laptop PC, you should update immediately.
It should be noted that this chained attack is extremely technically sophisticated, and would be beyond the capabilities of a casual hacker. Zero day exploits are virtually impossible to protect against, so leaving your system unpatched is an invitation for disaster.

This latest threat highlights just how important it is to be sure that all your systems, both personal and corporate, are kept up to date with all the latest security patches. Hackers around the world are relentless, and they are constantly coming up with ever more inventive and sophisticated attack vectors. Security professionals and equipment and OS vendors patch flaws as soon as they are found, but they’re barely able to keep pace, even in the best of times.

If you’re feeling overwhelmed, and are uncertain about the state of your company’s digital security system, give us a call today. One of our expert staff members will be happy to speak with you, and work to assess your current situation. From there, we can design a custom plan to update your company’s security.