Your DNA May Be Next Place Your Data Is Stored 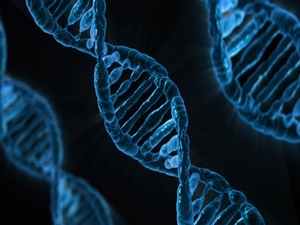 The next big thing is going to be really small, at least if Microsoft has anything to say about it.

They’ve been experimenting with storing data in what some might call the most unlikely of places…DNA.

The process is mind-bendingly complex, but the potential is simply too great to be ignored. A single gram of DNA can store 1,000,000,000 TB of data for a thousand years.
Yes, that’s a billion terrabytes. With a “T.”

For the sake of comparison, if you tried to archive the entire Internet, the task would require somewhere in the neighborhood of 44 trillion gigabytes, or 44 zettabytes. But given how much data can be stored in a single gram of DNA, it would take less space than a standard hard drive with this new technology.

Last year, Microsoft purchased 10 million strands of synthetic DNA to conduct experiments with. Their latest results have been nothing short of magnificent. The company was able to store an entire operating system, a computer virus, a fifty-dollar Amazon gift card and an old movie and retrieve it later.

There is, however, a catch.

The reason it’s so expensive has to do with the process itself, which is called the “DNA Fountain.”

The data to be stored is archived and split into short segments, which are packaged into droplets containing a barcode with the resequencing information. The droplets are then mapped onto the four nucleotide bases in DNA: A, C, G, and T.

To recover the data, it was simply a matter of using modern sequencing technology to “read” the DNA strands, recover the compressed file and reassemble it. They did so with zero errors.

No doubt, as research continues, the process will become automated, and the price will drop. It may take as long as a decade yet, but the day’s coming when this technology will completely change the data storage game.