Will Your Laptop Battery Last As Long As They Say? 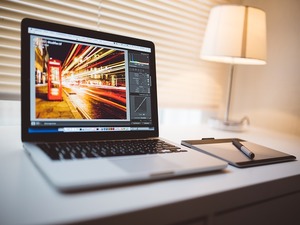 If you have a laptop, you’ve probably noticed that your laptop’s battery doesn’t seem to last as long as the manufacturer says it will. Maybe you just figured you were a power user, or maybe you thought it was just your imagination. It isn’t.

A company called “Which?” that runs a popular website offering expert advice on numerous topics, including technology, recently completed a year-long survey into laptops made by a variety of manufacturers. Their findings support what users have been saying all along.

With one notable exception, laptop manufacturers overstate the expected battery life of their equipment, sometimes by as much as 50 percent! Here are some of the key findings, broken out by manufacturer:

Unfortunately, this means that unless you’re using an Apple laptop, the manufacturer’s data on expected battery life is essentially worthless and should not be factored into your decision-making process.

Which? researchers reached out to the manufacturers of the equipment they tested for an explanation and were told that the company must have used a different testing paradigm to measure expected battery life.

That’s possible, but it doesn’t fare well in the real world, where users have been complaining for years about this very issue.