Even Google Can Get Hacked 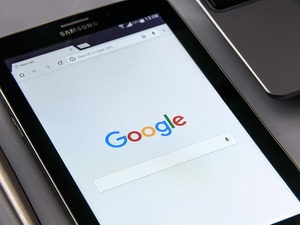 Google has a rock-solid reputation and an almost uncanny ability to ward off hacking efforts, but even they aren’t infallible. Even they can be hacked, as a recent incident involving Google News has demonstrated.

In the early morning hours of June 12, the news service was temporarily overrun, and all the leading news stories were replaced by spam content hawking dating sites, Viagra and an assortment of other drugs. The attack only succeeded for a short time before it was pushed back and relegated to the Health section.

Upon further investigation, Google reported that the hack wasn’t aimed directly at them. Rather, it was a coordinated attack on a number of news sites who publish the content Google displays on Google News, and as a result of those hacks, malicious links were inserted into the content, which was how they showed up on the Google News feed.

A spokesman for Palate Press, one of the hacked sites, had this to say: “We are not sure how the hackers got in, but it took two days to clear out the thousands upon thousands of malicious files. Once that was done we had to ask Google and Bing to recrawl the site to flush out the bad links.”

For their part, Google reiterated that no human editors are involved in the story selection process or in deciding which stories deserve top placement and best visibility. That is determined by the freshness, diversity and originality of the content in the article in question.

No matter who you are, how big your company is or how robust your digital security is, hackers will always find a way. Given that reality, the best you can do is take all reasonable precautions, and have a rapid response plan in place for the day when the inevitable occurs.