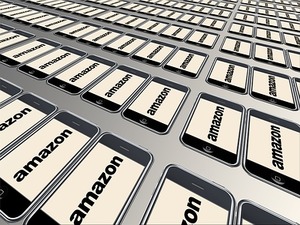 All good things must eventually come to an end, and finally, Amazon has bowed to external pressure. The company has just announced the end of their unlimited cloud storage tier.

Users who currently enjoy unlimited storage via the Amazon Cloud will continue to enjoy those benefits until their current contract expires. At that point, they’ll be given the option of either 100GB for $11.99 a year, or 1TB for $59.99 a year. Users will also be able to acquire additional storage in 1TB increments for an additional $59.99 per year per terabyte, to a maximum of 30TB.

Note that Amazon’s “elimination” of its unlimited tier isn’t as complete as Microsoft’s was last year when they nixed it for their Office 365 users. In Amazon’s case, Prime users will still have access to unlimited storage, and users of their photo storage will similarly continue to enjoy unlimited space.

It’s not hard to understand why an increasing number of companies are moving away from unlimited plans. Storage, whether cloud-based or another variety, is cheap, but it isn’t free. Inevitably, a small segment of the user base takes undue advantage of the generosity of companies offering unlimited plans.

One of the reasons Microsoft abandoned their unlimited tier, for example, was the fact that some of its users decided to upload their entire digitized movie collection, which ran in excess of 75TB in the most extreme case. With demands like that being placed on the system, it is hard to properly support users who planned to use the unlimited space for more traditional system backups.

There aren’t many companies still offering unlimited cloud storage. If you currently have such a plan, enjoy it while you can, because in all likelihood, with two of the industry’s biggest players bowing out, it’s just a matter of time before the rest follow suit. If you’re currently using Amazon’s unlimited plan, now is the time to assess how much space you actually need so you can make a good decision about what to do with your data when your current contract expires.