Google Gets Huge Fine From EU For Manipulating Search Results 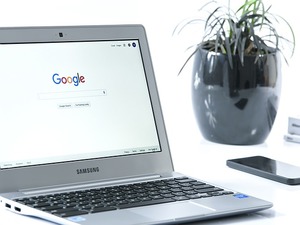 Google is in trouble with the EU. This is nothing new. The search engine giant has been fighting an ongoing battle with the European Union for a number of years now over a variety of claims that they’re unfairly using their dominance in search to skew results against selected competitors. What has changed is that recently, the EU handed down a staggering $2.7 billion dollar fine as evidence has surfaced that the company did indeed skew search results.

Ironically, in this particular case, the suit was brought by another American company, not a European one. It was none other than Microsoft, which has faced its share of legal challenges from across the pond.

The charge was that Google had tweaked their search engine results to promote their own shopping platform (originally billed as Froogle, and later re-branded as Google Shopping).

When Google launched their service, there were already a number of other shopping and price comparison platforms on the web, and Froogle floundered and never found an audience. In fact, a memo turned up in which a Google engineer declared that “Froogle simply doesn’t work.”

That changed in 2008 when the service started taking off, an event which coincided with Google actively pushing it in its search results. When that happened, many of its better developed rival services wound up falling to as far as page four in the search results, which is essentially the kiss of death.

Market studies have shown that products and services on page one of the search results get about 95 percent of all internet traffic. Second page results get about one percent, and anything beyond page to gets essentially zero traffic, which means that Google killed off many of its would-be rivals, simply by denying them visibility.

According to statistics presented by EU investigators, Google Shopping’s rival services lost between 80 percent and 92 percent of their normal traffic after Google began pushing its own product.

The recent announcement opens the door for those now failed rivals to sue the company, and there are two additional EU anti-trust suits pending.