Microsoft Plans To Bring Broadband To Many Rural Communities 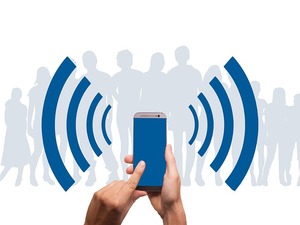 Several tech giants have plans in the works to expand the number of people who have access to broadband.

Google’s plan would use a series of low-orbit satellites to beam wireless signal all over the globe. Facebook has plans on the drawing board that involve gliders.

Microsoft’s plan is a bit different, involving the “white space” in wireless networks. The best way to describe white space is that it represents dead spots in a wireless carrier’s signal band, or wavelengths that are currently sitting idle and unused.

By tapping into this unused capacity and expanding its reach, a wireless internet signal can be broadcast to rural communities where internet connectivity is notoriously slow, if present at all, and options are few.

Earlier this year, in rural areas of Charlotte and Halifax counties in Virginia, Microsoft launched a pilot project called “Home Network” to prove the concept. Starting with wireless towers, then utilizing a series of antennas to boost the signal and carry it into rural communities, the company was able to provide access to some 100 homes. It has plans to expand that number to more than 3,000 by the end of the year.

Based on the early success of the initiative, the company hopes to scale the project and is estimating that they’ll be able to provide broadband access to more than two million people living in rural communities by 2022.

While those numbers sound impressive, the reality is that this only represents about 10 percent of the US population that currently has little or no internet access.

The hope is that their actions will encourage other tech companies to follow suit, and that the FCC will craft new regulations that allocate white space like this to local wireless initiatives nationwide. Even if both of those things happen, this is a project massive in both scope and scale. It will take decades to be fully realized. Kudos to Microsoft for taking this critical first step.