Google Has Found A Way To Increase Internet Speed 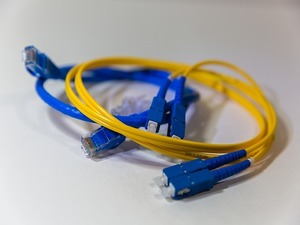 Google has taken up the task of making the internet faster, not by installing thousands of miles of fiber optic cable, but rather, with math. The big brains in Google’s engineering department have come up with a new algorithm that they’re rolling out on both YouTube and in the Google Cloud that will help optimize web traffic so that it doesn’t clog up available routes. The end result is faster internet.

There have been dozens of such attempts made since TCP was first developed back in the 70’s. Some met a fair amount of success, while others didn’t really do anything of note.

Google has reported that by using the new algorithm on YouTube, they were able to achieve an increase in speed of four percent on average, which is impressive, especially given that YouTube traffic is already highly optimized. The company also reports that depending on what country you’re in, you could see speed increases of as much as 14 percent.

The new acceleration method, referred to as BBR (Bottleneck Bandwidth and Roundtrip propagation time) has been met with generally positive reviews. Although, as was noted by Mirja Kuhlewind, a senior researcher at Networked Systems Group in Zurich, “In general, standardizing congestion control schemes is not an easy topic, but if any company could push a standard, it could be Google, given the scale at which they operate.”

Whether the new algorithm becomes an industry standard, users of Google’s ecosystem are already reaping the benefits of a faster, more responsive internet.

If you make regular use of YouTube, Cloud Spanner, BigTable, Google Storage, CDN or Load Balancing, then you may have already noticed an increase in speed. It’s not your imagination. That’s BBR at work on your behalf. Kudos to Google for working hard to make the internet faster!