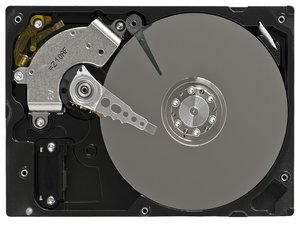 Rumors of the death of HDD technology have been greatly exaggerated.  The advancement of solid state technology and its increasing rate of adoption has been largely responsible for this, but don't count old school HDDs out just yet.  They still have many important advantages, and recent breakthroughs should add further to the longevity of the tech.

Right now, the biggest advantage that HDDs have over their solid-state counterparts is sheer size.  While it would be prohibitively expensive to purchase 20+ Terabytes of solid-state storage, getting that amount (or more) of HDD storage is a trivial undertaking, a fact that it's impossible to discount.

Even more exciting though, consider the recent breakthrough in 3D nano-magnets.  These were invented at the University of Cambridge, and stand to completely change the game. They allow data to be stored and processed in three-dimensional space, which will not only increase HDD storage space exponentially, but should see similar gains in terms of speed of access.

Another exciting recent breakthrough is a new magnetic system that turns heat into motion, which could be used to power miniaturized IoT sensors and actuators.  Such a system could also be applied to HDD technology by using the heat to power lasers, which would write data using the heat from the system itself, leading to an incredible boost in operating efficiency.

Finally, consider the invention coming out of the Imperial College of London.  Researchers there have figured out a way to write magnetic patterns onto nano-wires, which the research team claims could mimic the function of the human brain.  While this technology is still in its infancy, imagine the possibilities of having a computer, or even parts of a computer (like your HDD) powered by something that mimics the function of the human brain, and the dazzling possibilities that open up.

All that to say, while HDD tech might be a little long in the tooth, it's not dead yet.  Not by a longshot.