Are Lasers The Answer To Completely Wireless Computing And Charging? 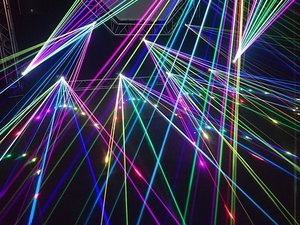 Researchers at the University of Washington just might change the face of computers and computing forever.  It may seem like the stuff of science fiction, but based on their research, the day may soon be coming when computing devices are completely un-tethered, requiring no wires for either power or recharging.

The team was able to successfully charge a smartphone from across a room using nothing more than lasers.  Right now, their approach has an effective range of about forty feet.  Devices are detected by way of acoustic "chirps" which occur below the threshold of human hearing.  Once a target device is located, the laser charging system sends power to them using laser light, with no damage to the target device.

Right now, the power transfer is limited to just a couple of watts. However, the researchers don't see any obstacles that would prevent scaling of the power transfer, meaning it could easily be modified to power PCs.

Wireless Power Transfer (WPT) is not a new idea.  In fact, it's in use today in such things as smartphones and electric toothbrushes.  The problem, at least until now, has been a matter of range, which has been virtually nonexistent until the University's game-changing experiments.

The big breakthrough wasn't in sending power to a device via laser.  Scientists have known that was possible for quite some time.  The issue though, was that when lasers (or microwaves) were used to send power, they were invariably hazardous to humans in the area. In addition, they often fried the electronics they were attempting to power.  The research team seems to have solved for both of those problems.

While the technology is still quite some distance from being commercially available, this is a huge leap forward.  This could forever change the way we interact with our computing devices, and that change could come much sooner than anyone ever imagined.