New Storage Technology Can Protect 360TB for One Million Years 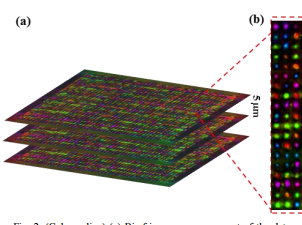 A new type of storage based on a glass medium will not only outlive a single person, but may outlive the entire world. This new system may be able to withstand temperatures up to 1,832 Fahrenheit, and can hold up to 360 TB.

While this new storage system may sound like it’s straight out of a science fiction novel, it’s not too far off. Researchers recently successfully wrote – and then read – 300KB of data to a new storage system made out of fused quartz and glass. The researchers used a femtosecond laser, a type of laser that emits powerful, small pulses of light. The laser is capable of coding three layers of nanostructured dots that are just micrometers apart. Believe it or not, the laser can write data in five different dimensions, based on size, orientation, and the three-dimensional nature of the physical nanostructures.

Professor Peter Kazansky of the Optoelectrics Research Center believes that this new breakthrough will not only be able to help businesses preserve their data as long as it needs to be preserved in a single, compact location, it will also allow us to preserve the evidence that our civilization existed so “all that we’ve learnt will not be forgotten.”

The technology should be brought onto the commercial market sooner rather than later, but the technology hasn’t been perfected just yet.