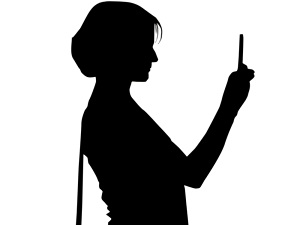 Two of the most popular smartphones on the market, the iPhone 5 and the Samsung GS3, will be put to the test on the security level.

San Francisco District Attorney George Gascon and New York Attorney General Eric Schneiderman have teamed up to start testing the latest security features of the GS3 and iPhone 5. The goal is to figure out if the phones’ main security features, advertised as “leading edge”, can actually stop thieves from entering phones that aren’t theirs.

While this is handy for personal phones as well, these features have been developed specifically for enterprise markets, where data is more sensitive and stolen information can mean bankruptcy for a company. In a joint statement, the two attorneys stated that while they do appreciate the efforts of the two companies to stop thieves in their tracks, “we are not going to take them at their word…today we will assess the solutions they are proposing to see if they stand up to the tactics commonly employed by thieves.”

The main feature that will be tested on the GS3 is the $29.99 a year “Lojack for Android,” an application that can delete personal data and lock a phone with a single click from a computer registered to the device. For the iPhone, Apple’s activation lock feature will be put to the test. The activation lock requires users to sign in with their Apple ID and password to use a device, something the company says has “led the industry in helping customers protect their lost or stolen devices,” for the past four years.

Phone theft isn’t only not going away, it’s becoming an incredibly popular way of stealing data, reports the Federal Communications Commission. Earlier this year, the commission released a statement saying that 113 smartphones are lost or stolen every minute, meaning that cell phone robbery makes up 40% of all thefts in the US.

“Finding technical solutions that will remove the economic value of stolen smartphones is critical to ending the national epidemic of violent street crimes commonly known as ‘Apple Picking,’” the pair of attorneys included in their statement.

While these particular features won’t prevent the theft in the first place, if they prove to be effective against criminals, it’s a huge step in the right direction when it comes to phone security.