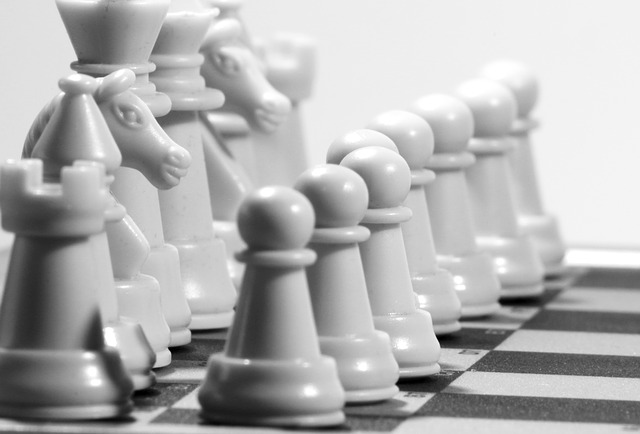 Game theory is probably one of the most powerful training tools in existence. Actually, it’s probably one of the most powerful business tools period, but that’s well beyond the scope of this small article. For the moment, let’s focus on training, and I’ll show you how you can use game theory to take your training program to a whole new level, and make it more effective than you ever imagined possible.

Okay, the first thing to understand is that if you’re training department has a list of questions and are displaying them “Jeopardy Style” for your trainees, you’re technically playing a game, but you’re not really getting the most out of game theory. Game theory is about engagement. It’s about creating an environment of friendly competition in order to kick learning into high gear and make it fun for everyone. To that end, you need to put a few pieces of basic infrastructure together. At a minimum, these are:

A clearly defined goal (complete these six hours of study, score at least an 80% on the final test, something measurable and definitive).

At least one unexpected twist

A prize at the end that matters

If you find a way to weave these five elements into almost any situation or setting in a clever and compelling way, it will become hugely more interesting, fun, and dynamic.

Note: putting questions into a Jeopardy-style power point based “game” is neither clever nor compelling and is not what I’m talking about here. My Jeopardy quiz show example meets the first two requirements, but fails the last three.

Let me show you how to build a proper learning environment.

Just for the sake of example, let’s say that you’re a call center specializing in high speed cable modem support. Your company supports five different models. They’re all similar, but they’ve all got a slightly different support methodology. A slightly different “check list” of things you want to have your trainees remembering to do and/or ask about for each caller.

Arbitrarily, you announce that modem identification is the first, most critical step, so it’ll be worth 10 points, with each of the individual troubleshooting steps per modem will be worth 2 points.

Break your trainees into two teams. Let them assign team captains for themselves. Watch what happens. Sixty seconds into their discussion about team captains, change the rules. Hit them with a surprise. Tell them that team captains are responsible for managing the teams, but don’t actually have to participate in the “game” portion. Watch how the decision is reshuffled to take this new information into account.

You’re building a dynamic, rapidly changing tapestry. You’ve created a system where they’re teaching and pushing themselves. Team Captains get different treatment (and we’ll change things up again later on). Everybody’s involved. Everybody’s motivated. Two ways to “win”; even though we haven’t yet told the players what the big prize at the end is, the expectation is that it’ll be bigger and better than free lunch at the pretty decent restaurant across the way.

Even better, everybody’s up and moving. Everyone is included. The moment the two teams create the team captains, you stop dealing with the class and deal only with the captains. They’re teaching each other. You’re just there to direct. It barely feels like learning at all, and yet, everyone’s learning and retaining much more than they ever would in a piddly faux Jeopardy competition.

Game theory can change the world. Let it revitalize your training department.