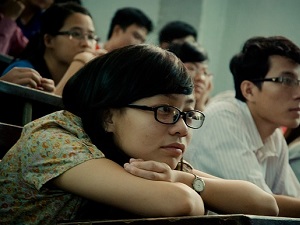 Training is one of those aspects of running a business that never seems to get a lot of attention, and what press it does get is usually negative. Employees do it only grudgingly, and most businesses take a scatter shot or minimalist approach to it. It often seems to wind up being one of those necessary evils that people slog through when they have to. The reality is that in today’s business environment, it’s becoming increasingly vital, and if you don’t have a strong training program in place for your people, you need one. Here’s why it’s no longer an option:

Keeping Up With the Pace of Change

It’s no secret that the pace of technological change has been, and continues be, rapidly accelerating. Just last year at a popular film festival, moviegoers got treated to what was essentially the 1.0 version of the Holodeck from Star Trek. They actually got to walk around inside a chamber and interact live, in real time with a series of holographic movies where their choices changed the course and ending of each one.

We live in a world where it’s possible to “print” a working bicycle from a 3d printer and go for a ride the moment it comes off the press. A world where hand helds are being made obsolete even before they reach their zenith, made so by wearables. Ten years from now, we won’t even recognize the world of today. It will seem as quaint and outmoded as the Victorian era.

Personally, I think that’s fantastic, but the problem that comes along with change at that pace is that we mere mortals can’t keep up on our own. You can’t be a “knowledge worker” in a world where the pace of human discovery outstrips your ability to keep up with the changes. That’s one of the key reasons why formalized training is so important.

Given the rate at which new discoveries are being made, it is inexorably pushing us toward an ever greater degree of specialization. How could it not? Specialization is the only means by which we have a hope of keeping pace. We simply cannot learn it all, and a structured, very tightly focused training program can help immensely.

Earlier, I commented that most employees dislike training programs, and that’s true, but if you look at the most successful programs, you find that they’re wildly popular. There are two features that elevate a training program from drudgery to fun. One is the application of game theory to whatever is to be learned, because it makes the learning dynamic, fun, and engaging, and the other is choice.

Empowering employees to choose their own enrichment path invests them in the process, and when paired with game theory creates an environment where your employees are not only eager to expand their skill set, but are more likely to stay with you longer term because you’re making an investment in them. That’s a situation in which everybody wins.

If you want to keep your best people, and you want them to be the best that they can be, training isn’t an option. Since it isn’t an option, it falls to you to make it as dynamic, engaging, and fun as you can possibly make it so that both you and your employees get the most out of it.