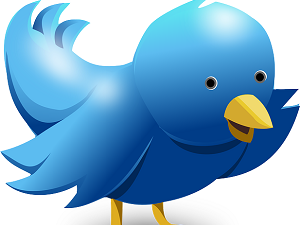 It may be somewhat more appropriate to call this article, “How Instagram Changed The Internet.” I say that because Instagram’s surging popularity was the primary reason for both the recent FaceBook redesign, and now Twitter’s. Many people will say that Twitter’s redesign is in many ways a carbon copy of FaceBook’s, and it’s true that they do bear some, even many similarities. At the core though, both of these redesigns have been driven by Instagram.

What Does It Mean?

This is a clear and important signal. It’s all but impossible to understate how important these changes are. What it means is that increasingly, the web is maturing away from a purely textual medium, and into an increasingly visually oriented one.

One could rightly argue that the move actually began with the popularity of YouTube and other video sharing sites, and there’s no doubt that this played an important role, however, Social Media did not respond to YouTube’s rise in popularity by making wholesale changes to their design. It was only when a pioneering social media company began relying more heavily on images than text that FaceBook and Twitter took note, and made changes accordingly.

At this point, with the #1 and #2 most popular social media platforms adopting the more visual orientation, the sea change is unstoppable. Henceforth, the web will become increasingly, inevitably, more visual in its fundamental nature.

How Does It Change Things For Me?

If you’ve fallen into the comfortable pattern of Tweeting out regular, text based updates to your followers, you’re going to find yourself increasingly disadvantaged. Twitter’s new interface places special importance on image and video-based tweets. If you don’t begin including them as regular offerings in what, and how, you communicate with your followers, you will be increasingly left behind.

This trend will be accelerated by the new “trending” feature build into the Twitter dashboard. Under the old paradigm, everybody’s Tweets more or less got equal time. Not so any more. Once a Tweet begins to gain traction and attention, it’s likely to gain even more, helped along by the Twitter interface itself, which will highlight the trending tweet over and above those of “lesser” popularity. This “popularity contest” orientation is something new on Twitter, and what it means from a practical standpoint is that there will be fewer winners, and more losers in terms of who is “visible” in the Twitterverse.

Densely packed, information rich text based tweets simply won’t cut it under the new paradigm. To get noticed, you’ll have to have catchy, evocative images or compelling video footage, in addition to the aforementioned densely packed, information rich text. That’s a whole new skill set for your social media marketing team to master, although if they’ve already been plying the waters of Instagram, then they’ll be well positioned to excel at marketing in the newly redesigned Twitter.

Change is good, and this change was inevitable. The fusion of better compression for video and image files, combined with increasing bandwidth and connection speeds was what made the visual feast on the web possible, and those trends show no signs of stopping, or even slowing down.

Ten years ago, it was virtually impossible to stream video in any satisfactory way, now, it’s not only commonplace, but it is increasingly the means by which people get their entertainment. The future is here, and it is beautiful.