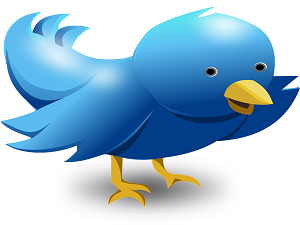 Should you be gearing up to take advantage of T-Commerce? If Twitter has anything to say about it, the answer to that question is a resounding “Yes”. In an attempt to gain profitability, Twitter is rolling out a number of new products and services which will allow businesses to sell products from within the context of a Tweet. That is to say, by embedding a code within the a Tweet you could effectively insert a buy button, and make special promotional offers a “one click to buy” affair. That’s fascinating, but it gets even better. The ‘even better’ part takes the form of Lead Generation Cards.

Once you’ve worked out a way of inserting codes for a one click buy button inside a Tweet, you can use the same methodology to insert other types of buttons. For example, you can make a button or link that will allow a business to run a promotion in the vein of “Sign up for a chance to win a new iPhone!” with a code embedded such that in order to enter the contest, you’ve got to join their email list. Just as the buying function is one click, so too is the email list sign up process, with all fields auto populated based on the user’s Twitter profile.

The new product was tested on a limited basis in May, and found to be successful, with some companies reporting nearly a 5% engagement rate using the new platform. Five percent is at least an order of magnitude greater than the engagement rates for most direct mailing campaigns. That’s fairly impressive for a new and untested technology. The general expectation would be that as more people gained exposure to, and a level of comfort with, the new services, the engagement level will only increase. As of this month, the company has opened up the Lead Generation Cards to all businesses.

As a business owner, there are a number of ways you can use the new service, but the most direct and straightforward of these is to offer some free, promotional item in exchange for the user joining the company email list, which of course, makes it possible for you to market to them down the road.

These two services are part of a much larger initiative being launched by Twitter, and their importance cannot be understated. Twitter is, in many ways, fighting for its survival here. If these plans don’t generate enough revenue to finally push the company into the black, it is unclear how much more patience investors will have with the company. Having said that, the strategy is a good one. People are increasingly comfortable with buying things online. T-commerce isn’t radically different from Amazon’s “buy with one click” paradigm, so its chances of success are better than you might first think.

T-Commerce, Lead Generation Cards, and a rapidly expanding ad service should combine to finally put Twitter in the black and open up a great many doors for future expansion. If all goes well, it will utterly transform Twitter, which has been seen, in recent months, as slowly being strangled by Facebook. Success here would put those rumors to rest, permanently. It’s also an excellent opportunity for your business to use a new form of promotion which appears to be very engaging to Twitter users.