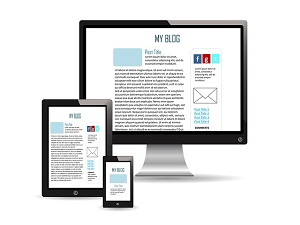 We may be standing on the cusp of the fourth industrial revolution. Manufacturers and other innovators are slowly but surely making all our formerly disconnected devices smart devices and connecting them to the Internet. With each passing day, more and more of these formerly stand-alone devices are now being given Internet capabilities that connect them to devices such as smartphones and the world at large, opening up new possibilities that have never even been considered before. From refrigerators to automobiles, televisions to toasters, all the electronic objects which we use every day are increasingly being given Internet capabilities and the ability to be managed no matter where we are.

Not Just A Gimmick

On the surface, the Internet of Things is often viewed with skepticism and rightly so. Many of the so called smart devices that we have seen released were nothing more than a gimmick and often suffered from poor technology and design. However, this technology has been improved with each and every release and is becoming quite commonplace. While many people still don’t see the need for their refrigerator to connect to the entire world, other devices such as smart televisions and even smart watches are quickly gaining ground in the market and some have even become the top sellers in their category.

The demand for Internet Ready products has never been higher and companies in all product categories are now working to bring these devices to all aspects of our lives. In fact, many companies now believe that products that are released without Internet capabilities will simply not sell as well as Internet Ready devices. There is little doubt that as time passes and demand increases that soon all our products must be Internet Ready in order for them to even be useful.

Tesla In The Lead

Tesla Motors has been cited as one company that truly understands the importance of Internet Ready devices. Responding to reports of battery fires during crashes, Tesla not only fixed the mechanical issues causing the fire, but also updated the car suspension software enabling it to help detect potential problems and send out warnings if problems are detected.

With the ability to push changes to products through simple software updates, many business models are changing for companies. Instead of updating to a new product ever year or two, many are encouraging customers to hold onto their products for much longer while receiving improvements to the products via a software update over the Internet.

There is little doubt that Internet Ready devices will, eventually, change what products we buy and how often we buy them. The demand for Internet Ready devices is already upon us and as companies work to meet the new demand and consumers adapt to the new way of doing things we can expect to see a change in how markets operate across a wide range of products. This is going to be as radical a change as the digital revolution. One thing is for certain, companies that refuse to make Internet Ready devices will soon see their market shares eroded by other more innovative companies that embrace this latest industrial revolution and create products that can be used longer, and from anywhere regardless of what they are.