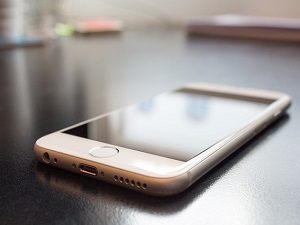 The release of the latest Android operating system, Lollipop, came with much fanfare from Google and it was touted as the most significant update to the mobile operating system yet. The update was hailed for emphasizing a more unified experience across multiple devices and its added security that creates one experience for users across multiple devices that is said to be safe and secure no matter where you are. However, feedback from early adopters has been less than stellar, with many users reporting a wide variety of bugs that hamper its usability and raise questions about its security.

Smartphone users can easily become obsessive over the battery life of their devices and will quickly notice any change to its normal operation. Users of Lollipop have noticed a significant increase in battery usage on a wide range of devices. On top of the increase in battery usage, many users have also noticed a significant decrease in performance on their devices, making using their smartphones almost painful.

It seems Google may have forgotten that Wi-Fi should run smoothly before releasing an operating system. Many users have reported problems making connections to their Wi-Fi networks and when they do, they’ve experienced slower than normal download speeds. While you can normally work around this flaw if you have a smartphone, many tablet owners’ only connection to the outside world is through Wi-Fi and if they encounter this bug their tablets could quickly become useless.

For users that still have Wi-Fi, many have reported problems with their email. Email simply won’t download or is very slow to load making it almost impossible to check email on the go.

Some app problems are always expected in major system releases. However, there have been so many reports of apps simply not working since the update that they have become too numerous to count. Apps ranging from third party productivity apps to games and even many of the default apps that come with the operating system are simply not working on a variety of devices.

While most early adopters are relatively understanding of bugs in newly released software, there have been so many problems with this release that many users have become frustrated with Google and are regretting updating in the first place. This update was supposed to represent a meaningful advancement in the evolution of Android, but many users have reported being thoroughly unimpressed with it, as it has negatively impacted their productivity when using their smartphones or tablets.

The first devices to feature Android 5.0 Lollipop are the Nexus 9 tablets, Nexus 6 “phablet” phone and Player, with Google planning to roll out the update across all its devices in stages to the Nexus 4, 5, 7 and 10 and Google Play edition devices. Before Google makes its final plans for the roll out of Lollipop, it must refocus its efforts on eliminating these bugs and ironing out this initial release. Time is of the essence for the tech giant,as there are limits to the patience of even the early adopters.

While this is no doubt a large step forward for the Android operating system, Google must work fast to ensure they don’t take two steps back by allowing these bugs to continue and damaging the reputation of one of the most popular mobile operating systems in the world.