“Facebook at Work” Could Be Coming to Your Office 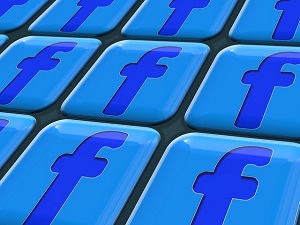 It might be time to rethink that Facebook ban at your office; the undisputed social media leader has announced that it is working on a new service designed specifically for businesses, known as Facebook at Work. The service will reportedly look and feel almost exactly like the current interface of Facebook, only it will be designed for users to chat and collaborate on projects at the office.

Currently, the company is testing the new service and is expected to continue its testing for a few months before releasing it to the public. The goal of the project is to keep all the services in the Facebook website while maintaining enough separation between Facebook at Work and traditional Facebook services so that users feel comfortable that their personal lives won’t spill over into their work lives.

While most companies have been slow to utilize many of the new online collaboration tools already provided by Facebook’s competitors, it is hard to deny that the future is here, and companies must adapt by using these tools as employees continue to expand when and where they work. The traditional nine to five model is dying and employees are working more and more from home at odd hours as they strive for improved balance in both their work and home life. Facebook is seeking to cash in on these changing environments by providing a tool for employees to use to collaborate with their office colleague from virtually anywhere while also enabling them to quickly access their personal profiles as well.

With 1.35 billion users accessing the site each month, Facebook has the ability to leverage these numbers to create one of the first truly successful social media for work sites. Currently, many users of the service already use Facebook as a way of collaborating and chatting with co-workers about projects, and while there are other tools designed for business such as LinkedIn, most of these services don’t offer the collaboration features necessary for complicated projects, and they also lack the chat features needed for real time discussions on the job.

When Facebook does finally release its new Facebook at Work service, it will represent a fundamental change in how it is perceived by not only users but other tech companies as well. The new services for business users will put Facebook in direct competition with tech giants such as Microsoft, Google and even IBM that already offer their services and tools for online collaboration tailored specifically for business users.

As the way we work continues to evolve and we move away from the traditional work day, new tools that allow employees to accomplish their goals must be adopted to ensure that business still operates as usual even if someone isn’t in the office. Facebook at Work represents one of the first steps that a business can take that will allow all of its users to easily adopt a more mobile way of working, with the ability to collaborate and chat with employees at all hours of the day from virtually anywhere.
With its familiar interface and large user base, Facebook is prepared to challenge other collaboration software creators and create one system where users can track both their business and personal lives.