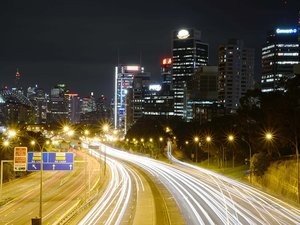 The genie is officially out of the bottle, and there’s no putting it back again. Autonomous cars are coming whether we’re ready and whether we like them. The question really becomes, “What does it mean for the driving experience?”

Different companies are adopting different approaches. Google is going for what industry insiders call a “Moonshot Approach.” Their test vehicle does not even have a steering wheel. It’s a hugely ambitious undertaking, and one that will require all of the underlying technology to be perfectly balanced, debugged and understood before it will be successful.

This makes more sense, intuitively, because each iterative step gives the customer base time to adapt to and embrace the changes, and it gives the automakers the opportunity to thoroughly perfect their tech before adding another layer of complexity. It’s also good from a legal perspective because it gives lawmakers a chance to see primitive versions of the tech ‘in the wild,’ as it were, and make legislation according to what actually happens, rather than basing their legislation on conjecture.

All of those are good things, but none of them answer the core question asked by the title of this piece. Is the future of driving destined to be boring? Based on what we know of the technology so far, the answer to that question appears to be yes—until it isn’t.

Form, Function and Purpose
The overarching purpose of autonomous vehicles is two-fold. First, added safety, and let’s face it—safety is boring. The second is comfort. Comfort might not be boring, but it’s not too exciting either. Even so, all of these cars have a fail-safe mode that allows for human intervention. The thinking is that sometimes, things just go sideways, and if the computer encounters something outside its programming, it’ll generate an error and crash. That will (predictably) result in the car crashing, which is why a human override is necessary, because we don’t want a blue screen of actual death when something goes wrong.

So, since there is a human override built into, or planned to be built into, every autonomous vehicle, for the most part, we can say that the future of driving will be pretty tame. Dull. We’ll sit idly behind the wheel, reading a book or working a crossword puzzle, or otherwise passing the time, but in the event that something goes wrong, the computer is going to tell us that it needs us back in control. By definition, that’s only going to happen when the computer senses conditions that lie outside of its programming, which means things are already fairly dire and decidedly not boring at that point.

Of course, as the technology advances, so too will the range of situations that the computer will be able to handle. The day may come when no human intervention is ever needed. Right now, that’s an awfully long way off, but it could happen. Until then, there will still be the occasional prospect of excitement and/or terror behind the wheel.