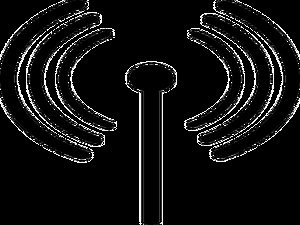 The well-publicized net neutrality debate is coming to a close. At the core of the debate are two key issues. One is whether an Internet Service Provider (ISP) can provide higher access speeds for select web sites. The second is the idea of “paid prioritization,” in which access to select web sites can be prioritized by ISPs by regulating the Internet traffic to their site.

For business owners, the issue is cost. If a larger, established business has the money to pay for the fastest priority traffic to the best web sites, that would put smaller and startup businesses at a distinct disadvantage. This disadvantage would be magnified during high-traffic periods or in the event of slower service access speeds due to weather or technical conditions that would slow web site access across the board.

Paid prioritization in itself presents a problem, but since there is no business model that exists to examine it, pricing could be off the charts for even medium-sized businesses. How the rates would be determined and how they would be regulated will be part of the net neutrality discussion, should paid prioritization be allowed. Small businesses operating under a sole proprietorship status may be the ones excluded the most from participation in a tiered web site access format.

Why Money Is a Factor

The biggest question is why anyone, businesses or individuals, should have to pay for priority speeds for web site access to the sites that are in the greatest demand? The entire concept of the Internet when it was first developed was that all web sites would be treated with the same priority – which is net neutrality. ISPs knew this at the beginning, and it seems that advances in technology with download speeds being tested in the gigabytes per second range, has made the industry think that there is even more money to be had by changing the rules.

There is little doubt that infrastructure is an expensive part of doing business as an ISP. Beyond maintenance of the existing structure, the purchase of bandwidth to support the faster speeds and upgrading infrastructure to meet future demand will cost even more. This is due, in part, to consumers and businesses believing that the Internet is, and should be, free. Unfortunately, that is not part of net neutrality and never was. This is a problem for the ISPs and the government in the net neutrality discussion.

If the non-Internet infrastructure of individual states and nation as a whole is taken into consideration, it is easy to see where failure to maintain and upgrade the system can lead to potentially-catastrophic future interruptions of service. No business can afford to be without an Internet presence, and no business that want to compete in the global marketplace can afford to lag behind other country’s higher access speeds. This issue affects the bottom line of companies and can adversely affect the nation’s global competitiveness. Net neutrality is a concept that needs to be maintained and put into a system where price competitiveness can still be achieved.