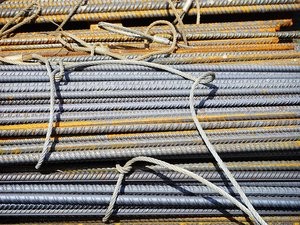 Here’s more evidence that 3d printing is poised to change almost everything about our world. A Chinese company called WinSun recently claimed to have printed an entire five-story apartment building using a massive printer measuring some five hundred feet in length. While the apartment building itself is unadorned and undecorated, standing as an example of function over form, the same cannot be said of the nearly twelve thousand square foot villa printed using the same process, now proudly on display in the Suzhou Industrial Park. Both stand as excellent examples of just how far the technology has come and what is now possible.

3d printing can use almost any material as “ink,” which is fed through the print head called an extruder, and controlled by a computer running CAD/CAM software. It works by laying down successive layers of whatever medium is used as “ink” and allowing the whole thing to set until ready for use. In this particular case, the ink is the company’s own secret formula: a mix of construction waste like sand, concrete and fiberglass mixed with a special hardening agent to help it set more quickly.

The goal here is to use as high a percentage of recycled waste material as possible. Rather than sending materials to the area landfill, WinSun is finding ways to turn trash into treasure. That’s excellent for the company’s bottom line as the greater portion of the material they use in construction is either free to them, or obtainable at extremely low cost.

There’s no reason whatsoever that this same technology can’t be used here and implemented on a massive scale. In fact, now that the technology has been proven, there will be an almost irresistible pull to follow suit. The enterprising company or companies that get ahead of the curve and start making plans now will gain a powerful strategic advantage.

The advantages of racing to be the first to adopt this new building technique in the US are too compelling to ignore. In addition to being able to use the recycled material angle as a powerful marketing engine and a nod to going green, the fact of the matter is that from a purely business perspective, it makes a lot of sense and would increase profits. The building materials themselves are free or nearly so, and 3d printing generates significantly less in the way of waste materials – 30 to 60 percent less, in fact.

On top of that though, because the printer does most of the work, labor costs are 50 to 80 percent lower than they are using traditional construction methods, and construction time drops dramatically too, as the printer can be programmed to print a certain shape, and then simply left to do what it does. No overtime, no health insurance or lunch breaks, it just keeps printing till the design is complete with minimal input once the process has started.

The technology has mostly been the purview of hobbyists and do-it-yourselfers for years, but it seems that it is finally verging on hitting the mainstream. Get ahead of the curve and start making strategic investments now.