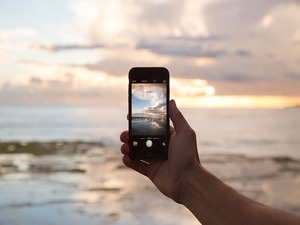 Qualcomm has made a bold announcement in advance of this year’s 4G/5G Summit in Hong Kong. Their newest offering, the X50, will ship in the second half of 2018, and is being billed as a 5G modem. It will feature download speeds of up to 5GBps where networks support them, and represents a big leap forward by any reckoning.

Until now, cellular networks have tended to operate in frequencies below 6GHz, mostly for the simple reason that frequencies higher than this don’t tend to travel very far, and cannot pass easily through objects.

To get around these limitations, Qualcomm has pulled out all the stops and resorted to some intriguing workarounds. For instance, beam-forming and beam-tracking technology will allow a cell to focus its signal and reach a specific mobile device, then track that device while it’s in motion to allow it to maintain signal and connection.

Initially, the X50 will make use of the 28GHz band, which is also the focus of the 5G development work being conducted by the Korean Telecom 5G Special Interest Group and the Verizon 5g Technology Forum.

Thanks to innovations like the ones described above, the expectation is that substantially more bandwidth will become available in coming years, and the X50 will be able to use a combined 800MHz of spectrum.

To put that into perspective, the X16, which is Qualcomm’s current modem offering, can use up to 80MHz, so the X50 represents a significant and potentially game-changing improvement.

The company plans to begin shipping sample quantities of the X50 sometime in the second half of next year, and combined with the gigabit-speed LTE modem, these twin technologies will form the basis of dual-mode 4G/5G devices. The company notes, however, that it will be a year or two longer before we start seeing the new networks come to full flower.

Even so, in a bandwidth-hungry world, this is welcomed news indeed.