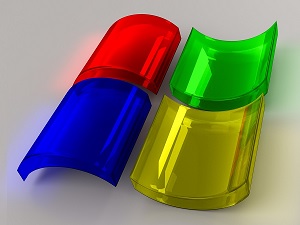 As you're probably aware, Microsoft has officially pulled the plug on Windows 7 support for everyone except those who are paying for the privilege via the company's ESU (Extended Security Updates) policy.

The final Windows 7 update was KB4534310. After that, unless you've paid for ESUs, no further updates are coming, no exceptions.

Well, except for this one exception.

After Microsoft issued their final Windows 7 update, users complained of a wallpaper issue where if you've selected a custom wallpaper and you use "stretch" mode to display it, instead of getting a stretched version of the image you selected, you get a black screen.

Microsoft acknowledged the issue and announced that they'd fix it for ESU members only, in the next update. This didn't sit well with the still surprisingly large Windows 7 user base, who complained loudly. The company caved and has subsequently announced that a fix for the desktop image issue will be made available to all Windows 7 users.

It's a small victory, to be sure, but a victory nonetheless. Windows 7 users can pat themselves on the back for getting one final update out of Microsoft after the company announced end of support for Windows 7. It would be a mistake, however, to believe that this is the new norm. That all the users have to do is complain loudly about issues and Microsoft will swoop in with a fix.

The end of support for Windows 7 has been on the company's radar for more than two years. They've announced it at regular intervals and bent over backward to try and entice Windows 7 users to upgrade, and they've gone out of their way to provide extended support.

With this wallpaper issue fix, we've essentially reached peak patience. It's extremely unlikely that the Windows 7 user base will get anything more from the company. If you're not already doing so, it's well past time to start making plans to migrate away from Windows 7.