A translation service based on real-time 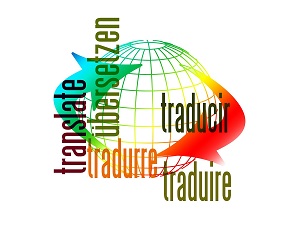 A real-time translation service is in the process of being developed by Google. Just about everyone has made use of Google Translate at one point or another. You find some text on a website written in a language you don't understand, pop over to Google.com and within seconds, you know what the mystery text says.

It's a great feature, but it'd be even better if Google had a "universal translator" that could translate speech from one language to another in real-time.

That's still the stuff of science fiction for the time being, but Google has recently made a giant step toward that goal. The company showed off a new feature that translates speech recorded on a smartphone into another language.

Google is pursuing a number of different apps that all converge at the same point. They are working on translating the spoken word from one language to another in real-time.

In addition to that, they've got an app called Live Transcribe, which is only available on Android devices and aimed specifically at the hearing-impaired.

There is a missing link that's still needed to tie these various attempts together to create what amounts to a real-time universal translator. The missing piece is a technology that can leverage the power of cloud processing to speed things along and capture and translate speech as it happens.

The bones of the AI that would be needed to drive the process is already on display in the various apps mentioned above. Google is moving quickly toward its ultimate goal of implementing a real-time translation service. At this point, no one inside or outside of Google is talking about firm time frames for when that might happen, but rest assured, it will. Probably sooner than you think.